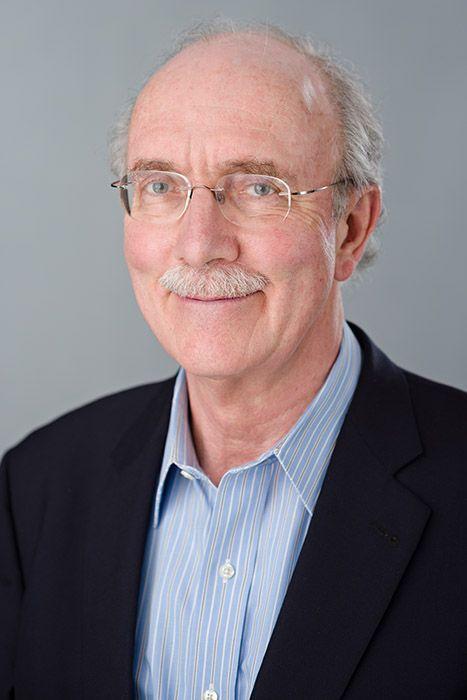 John Shattuck served as President and Rector of CEU from 2009 to 2016, becoming President Emeritus on August 1, 2016. He is now Professor of Practice at the Fletcher School of Law and Diplomacy and Senior Fellow at the Harvard Kennedy School Center for Human Rights Policy. Tthe University is preserving Shattuck's legacy by renaming the Center of Conflict, Negotiation and Recovery in honor of his visionary leadership of CEU and as a tribute to his lifelong dedication to human rights and civil liberties.

Under Shattuck’s leadership, CEU sharpened its mission, and developed into a widely recognized global center for graduate education, for research, the promotion of open debate, and the search for solutions to societal issues. It has become one of the most diverse universities in the world, with students from 107 countries. Shattuck and his team worked successfully to maintain the University’s autonomy and academic freedom in a challenging environment. During Shattuck’s seven-year tenure, CEU faculty secured record levels of competitive research funding, the University witnessed strong growth in student applications, and received larger financial contributions from donors. Academically, CEU has been recognized for its excellence, and new interdisciplinary programs from cognitive science to network science were launched. The School of Public Policy was opened, the Institute for Advanced Study and the Center for Teaching and Learning were founded, and the Roma Access Programs, graduate preparation programs for Roma that are unique in the world, flourished. Under Shattuck, The University examined the current challenges to democracy across the globe in the Frontiers of Democracy Initiative. The Humanities Initiative and the Intellectual Themes Initiative were launched in order to guide CEU’s academic and institutional direction. Not least, Shattuck presided over the design and launch of an ambitious and exciting campus redevelopment project to enhance the University’s downtown Budapest home, and provide an inspiring, interconnected campus to promote the openness and exchange of ideas that CEU represents.

Shattuck came to CEU after a distinguished career spanning more than three decades in higher education, international diplomacy, foreign policy and human rights. Before coming to CEU, he was CEO of the John F. Kennedy Library Foundation, a national public affairs center in Boston, and Senior Fellow at Tufts University, where he taught human rights and international relations. President Shattuck served as Assistant Secretary of State for Democracy, Human Rights and Labor under President Clinton, playing a major role in the establishment by the United Nations of the International Criminal Tribunals for Rwanda and the former Yugoslavia; assisting an international coalition under UN authority to restore a democratically-elected government to Haiti; and negotiating the Dayton Peace Agreement and other efforts to end the war in Bosnia. Subsequently he served as US Ambassador to the Czech Republic, working with the Czech government to assist in overhauling the country’s legal system, and with Czech educators to support innovative civic education programs in the country’s schools and universities. In recognition of his human rights leadership, he has received the International Human Rights Award from the United Nations Association of Boston; the Ambassador’s Award from the American Bar Association Central and East European Law Initiative; and the Tufts University Jean Mayer Global Citizenship Award.

Prior to his government service, President Shattuck was a Vice-President at Harvard University, taught at the Harvard Law School, and was a Research Associate at the Kennedy School of Government. At Harvard, he was responsible for managing the University’s relations with the federal government, including federal support for research funding and student financial aid. While at Harvard he founded the Cambridge Partnership for Public Education, and worked to expand Harvard’s role in assisting public schools, including the creation of a new program of fellowships for Cambridge and Boston teachers at the Harvard Graduate School of Education. He was also active in expanding Harvard’s public service programs involving students and faculty members. He received the Distinguished Service to Public Education Award in 1990 from the Massachusetts Board of Education, and the Yale Law School Public Service Award in 1988.

Shattuck’s career began at the American Civil Liberties Union, where he served as Executive Director of the Washington Office and National Staff Counsel. He helped enact federal legislation to protect individual privacy and to enforce civil rights in the election process. He also handled a number of prominent civil rights and civil liberties court cases, including the representation of persons who had been targets of illegal surveillance during the Nixon administration. In 1984 he received the Roger Baldwin Award for his national contribution to civil liberties.

Shattuck is the author of three books, including Freedom on Fire, a study of the international response to genocide and crimes against humanity in the 1990s, published by Harvard University Press, and Rights of Privacy, a casebook on US constitutional law and the protection of privacy. He has published more than 50 articles on human rights, civil liberties, international relations, public service and higher education. In 2007 he was elected to the American Academy of Arts and Sciences, and he has received honorary degrees from the University of Western Bohemia in the Czech Republic, the University of Rhode Island, Kenyon College, and the John Jay College of Criminal Justice at the City University of New York.

Projects with involvement of John Shattuck

Events with involvement of John Shattuck