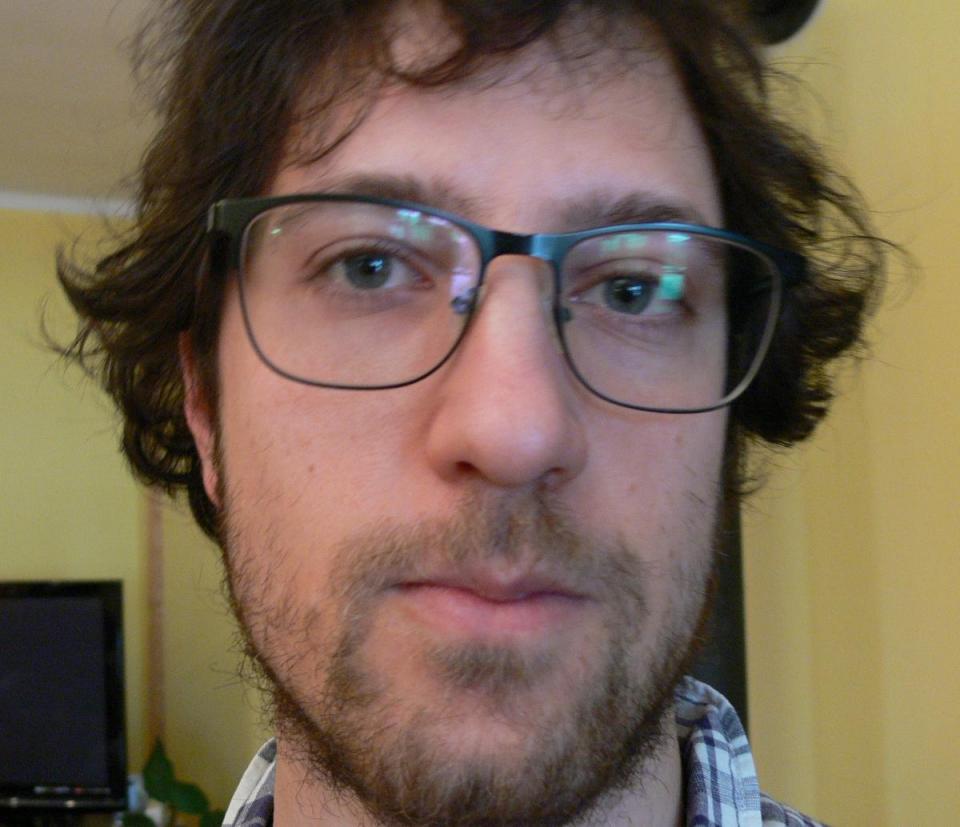 My awareness of ancient Greek culture dates from my childhood experiences with mythology, but first I met ancient Greek in high school when with a university student as a tutor we started to read Sophocles' Oedipus Rex. My interest in Ancient Cultures, above all Greek literature and philosophy, never faded, but first I considered as a real possibility to examine antiquity as a professional when I started my doctoral studies (obviously, not in a doctoral school of classics). Finally, my dissertation about Pausanias, a writer of the second century AD, which offered me the possibility of peering into very different parts of Classical Studies (ancient history, religious studies, art history, cultural studies, Greco-Roman connections), my writings about some figures of Greek myth (Amycos, Typhon, Heracles, Ino), my most memorable readings of Greek literature (Theocritus, Euripides, Plato, Aristotle, etc.), my experiences with the books of Walter F. Otto, Karl Kerényi, Walter Burkert, Eric Dodds, Luca Giuliani, and others, and last but not least the inspiration I got from my professors like Judith Horváth, Árpád Nagy, István Bárány, or Gábor Bolonyai, and my collegues-friends like Veronika Kulin or Péter Agócs,  facilitated my way to the life of an eternal student of antiquity.

My first ‘academic' job was a research assistant position at Eötvös University (2015-2017), where I contributed to the work of a research group investigating the presence and influence of classical antiquity in Renaissance Hungary and Italy (in works, among others, of Antonio Bonfini, János Vitéz, Janus Pannonius, Benedetto Bursa, and in renaissance translations of classical literature). This research project, still in process, has helped me to keep an eye on the afterlife and reception history of ancient Greek literary works. The creative treatment and use of ancient works in the renaissance forces me to think of how texts we interpret in our own, familiar ways might have a totally other meaning for a different audience.

At Károli University Budapest I had my first, short but intensive teaching experience (2016-2017), where I taught ancient Greek language (beginner and intermediate level), Roman Religion, and led a Greek reading seminar. During my short time there I recognized the advantages of teaching for scholarly researches, and vice versa (e.g. when I was speaking about the general traits of Roman religion to the students, and examined at the same time some obscure cult practices of the Roman times). Also, it was the first time I reflected the significance of methodology for the teaching even of an ancient language. My own Greek studies lacked any kind of pedagogical unity or methodological consistency, but I did not want to be so with my courses and my students. However, the typically very passive undergraduates of Károli University confronted me first of all with the acute problem that a teacher should not only convey knowledge but he must raise interest also – an obvious requirement which is hard to fulfill satisfactorily.

Being in the last year (May 2017 – April 2018) a Szilágyi János György scholarship holder at the Museum of Fine Arts (Budapest), it was possible for me for the first time in my life to choose a research subject instinctively (‘Dionysiac frenzy in classical myth and art') and evolve and examine an own research topic (‘the role of the goddess Hera in Dionysiac mythology') in a longer and quite peaceful period of time. My personal benefit of this (of course not at all terminated) research was not only the broadening of my perspectives (above all in the field of classical archaeology) but also the winning of a new (though historically rather old) attitude to my own sources: yet a short time ago I tried to eliminate from my analyses the nowadays more and more suspicious concepts of ‘myth' and ‘mythology', but now I try rather to reinterpret ‘mythology' as a set of individual literary works, which, however, as a whole, might powerfully contribute to our understanding of Greek religion. The ‘mythic' stories convey not the ‘way of thinking' of a bygone world (as Kerényi assumed), but themselves explain bygone customs, notions, beliefs, and events in a peculiar way. Myths are not only a community's interpretations of their own history (as Jan Assmann recognized) but also interpretations of their own religion and gods. In this manner I interpreted some mythical stories about the relationship between Hera and Dionysus in my recent lecture (given April 20th 2018 in the Hungarian Society for Ancient Studies). These narratives I read not only as stories about gods but also as a traditional, ‘mythical' interpretations of a social, religious, and mythic phenomenon: the destructive frenzy of Dionysus, as essentially opposed to and at the same time generated by the ‘normal' word-order secured by Hera, the Queen of the Olympians.

As an ancient Greek instructor at CEU I am going to start my second year in September 2018. In the last year I met mostly very ambitious beginner students who never stopped asking me both simple and unanswerable questions about ancient Greek language, and some really tenacious intermediates, who did their best to read through the excerpts I have chosen from some great, but not at all easy literary works (by Aristophanes, Plato, Philo of Alexandria, Procopius of Caesarea, and others). I am looking forward to the next year in hope of having similar experiences, which I consider not only fruitful in itself but also a possibility to deepen my own knowledge, and understand better and appreciate more both the system of ancient Greek language and the idiosyncratic nuances of particular texts.

Events with involvement of Sámuel Gábor

Projects with involvement of Sámuel Gábor